Schools of Magic is, for Apple Editors, one of the 15 most epig RPGs currently available on the iTunes store.

The game has been included in a new fetaured collection on iTunes which is available on more than 130 countries. 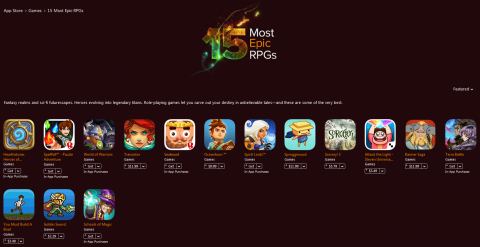 Schools of Magic shares the honor with other games like HearthStone from Blizzard, The Banner Saga from Stoic, and Spirit Lords from Kabam.

The game was launched on March on iTunes, and it is also available on Google Play. Schools of Magic is a complete adventure game that combines resource management and real-time combat.

Players have to build and manage their own school of magic and take on powerful wizards and sorcerers to become the most powerful mage in the kingdom.

Furthermore, wizards can fight against other players in awesome real-time multiplayer duels over the Internet.