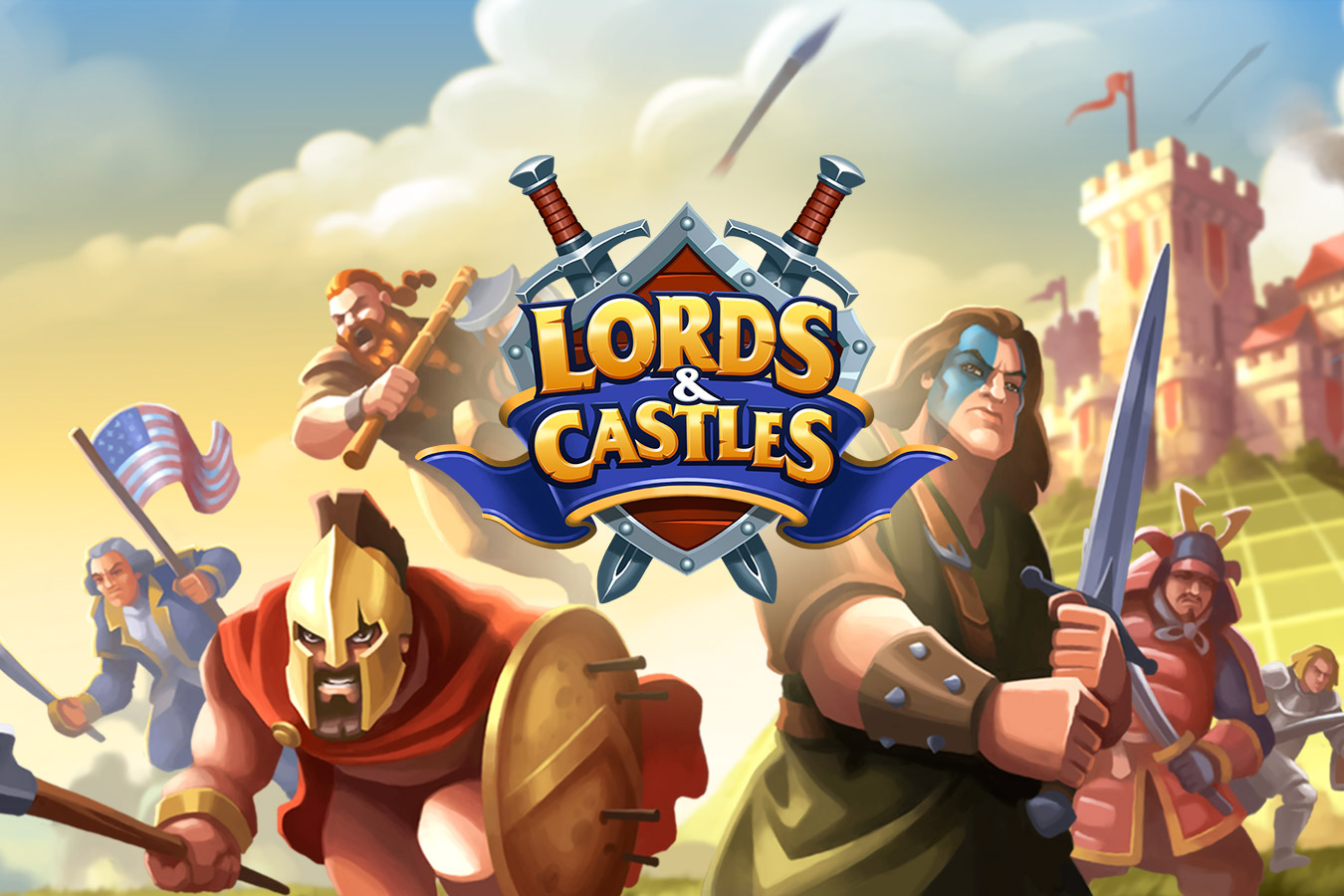 Lords & Castles is an strategy game, where you can actually build your own kingdom. It is literally building your kingdom, because you can change the terrain to create hills, or digging 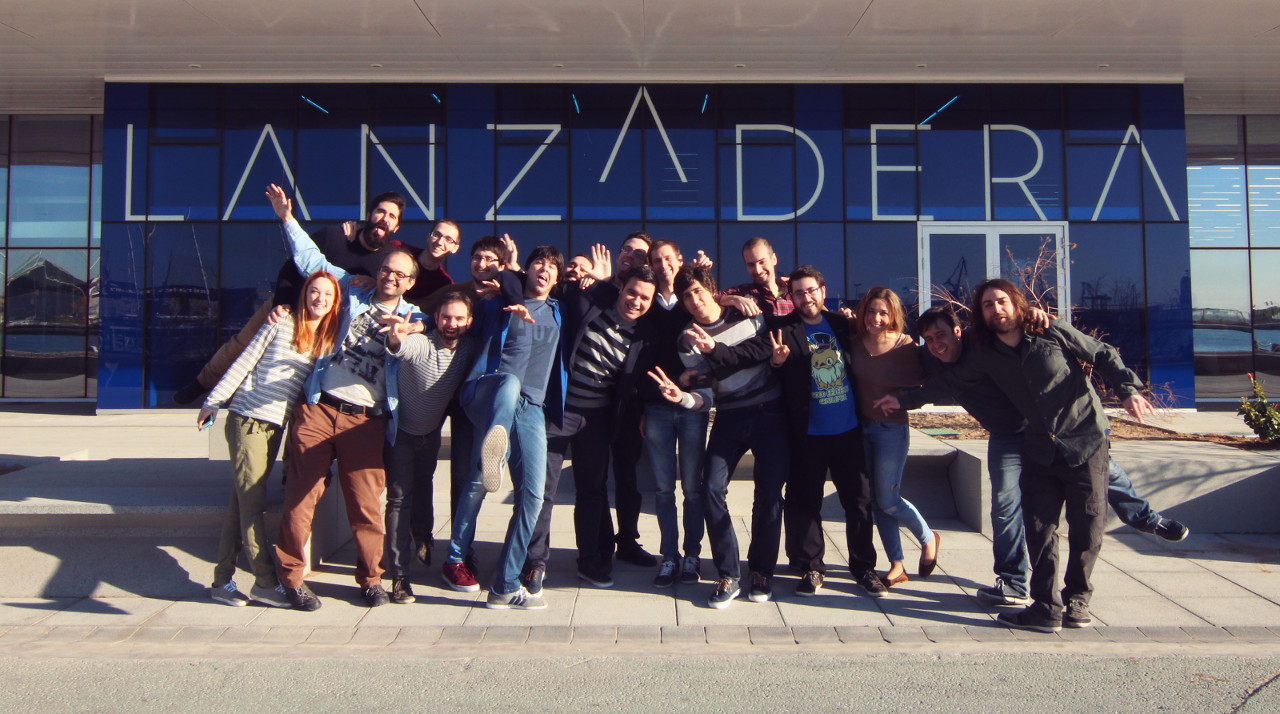 Codigames has secured $1 million in a round of funding. The funding round was lead by Caixa Capital Risk, Angels, and Farady Venture Partners.

The funding will allow the studio to keep growing, and consolidate as a referent in multi-player mobile games. Codigames has surpassed 1 million dollars in gross revenue, and the studio

Get companions that will help your dwarf in his adverntures in the dungeons. Furthermore, they will help him in his battles against other dwarfs.

Each pet has an unique skill that will improve your dwarf’s statistics. Some of them will increase his 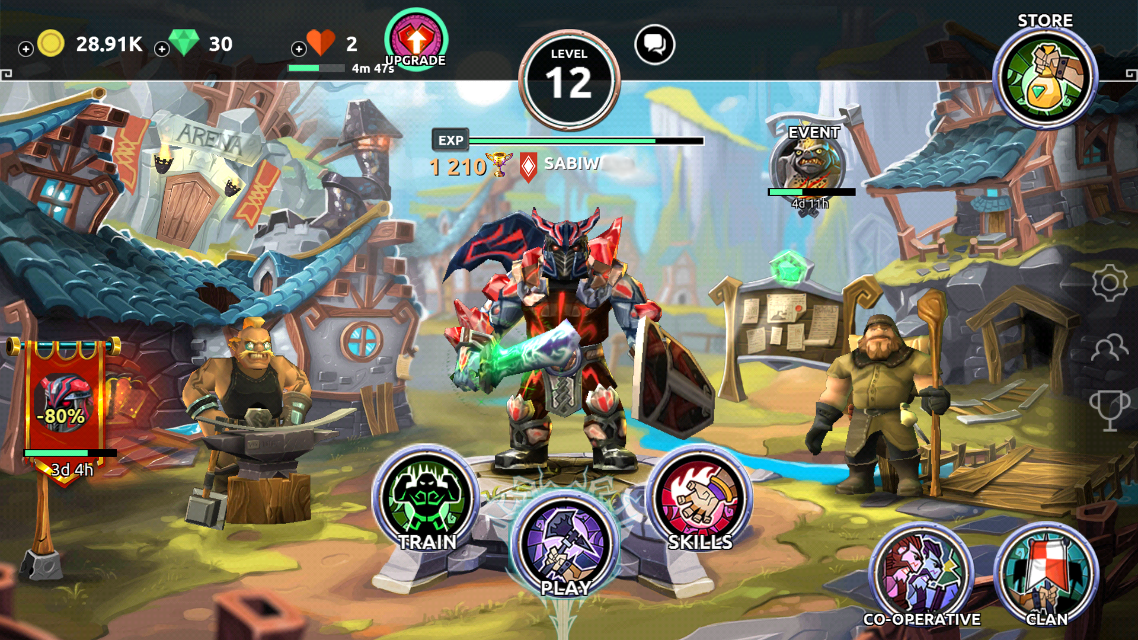 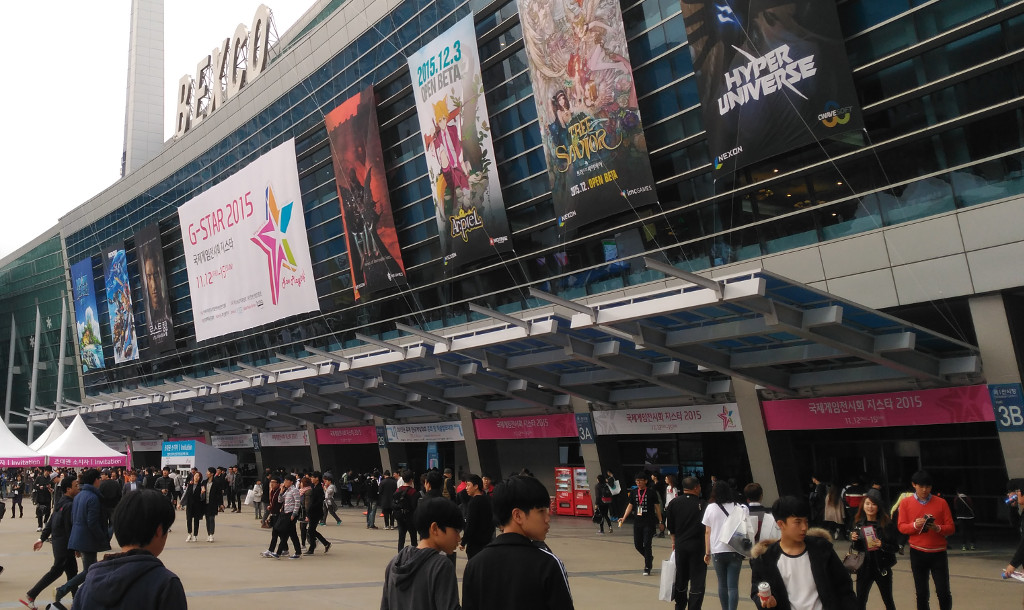 If you were born in the 80 ‘s, and you are a gamer, I am sure you dream about traveling to Japan. The first videogame was «developed» in the US, and the first video game console was designed in America too. However, it was Japanese developers who dominate the video game world in the 90’ s.

Today things are a little bit different. Japan is still a country loved by players, but there is a new challenger who want the attention of western players. South Korea is the new favourite country among those who play League of Legends, and StarCraft, is the

Dungeon Legends is now available on the Chinese App Store, and it has been featured on the main page as Best New Game in China, Taiwan, Macau, and Hong Kong.

Chinese players give Dungeon Legends 4,5 out of 5 stars, and they appreciate the classic action RPG experience.

There is another Asian country who

We are very pleased to announced that Dungeon Legends is now available for free on Google Play.

Dungeon Legends hit today Google Play after its success on the App Store. It has been downloaded more than 300.000 times since its launch on iOS devices on September.

We have worked very hard to be sure 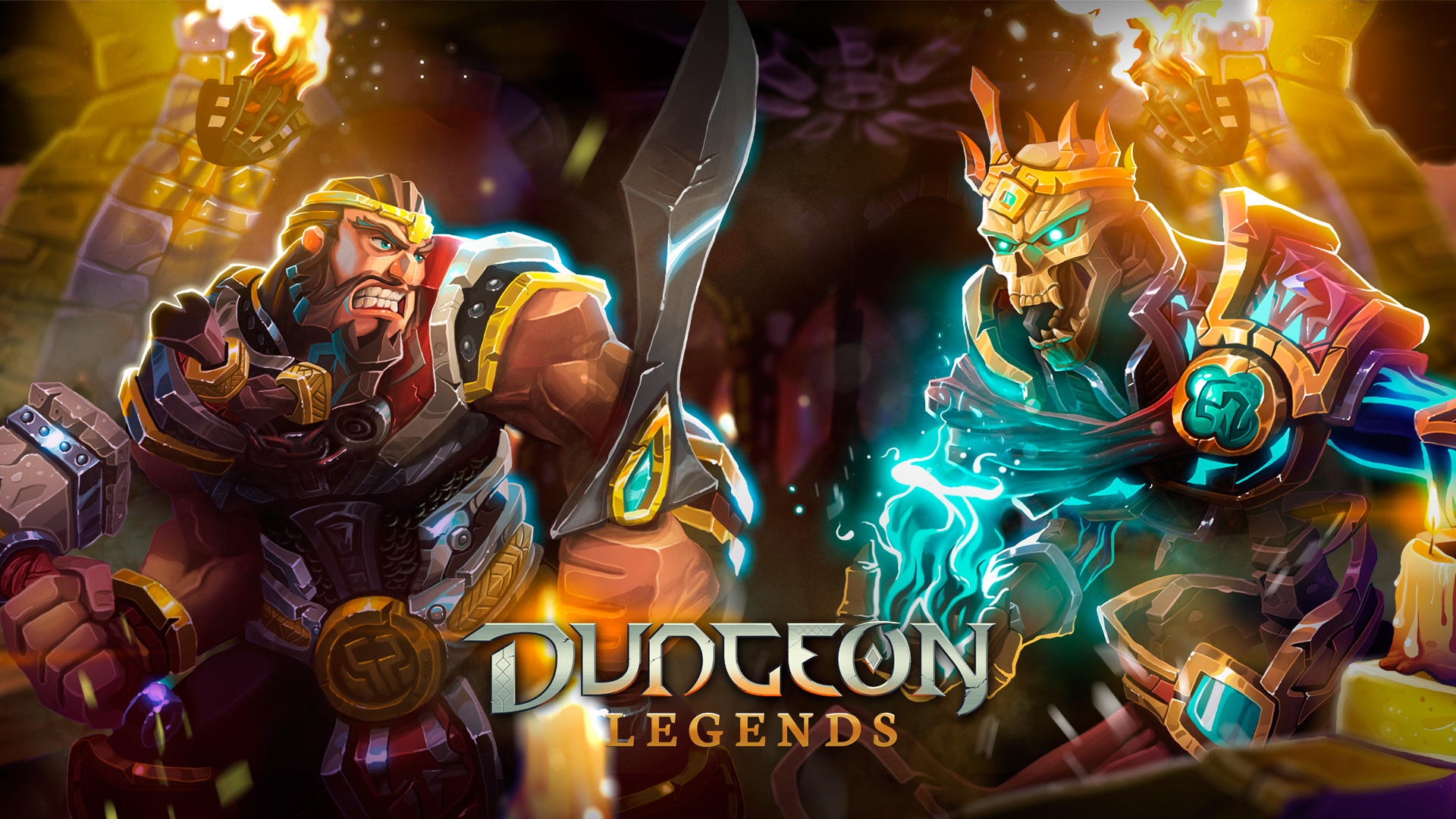 Do you like action RPG games? Are you saying yes with your head right now? Awesome! Let me introduce you our last game: Dungeon Legends.

Our new game is a classic action RPG game designed for touch devices. We invite you to become a dwarf and go over abandon dungeons for the glory!

One year ago, we released Empires of Sand on iOS devices. Since then more than 17 million games has been played.

Almost half the games played in the last 12 months (45 %) are online matches. This proves the support players are giving to the Codigames’ bet for real-time multiplayer mobile games.

Schools of Magic is, for Apple Editors, one of the 15 most epig RPGs currently available on the iTunes store.

The game has been included in a new fetaured collection on iTunes which is available on more than 130 countries.

Schools of Magic shares the honor with other games like HearthStone from Blizzard, The 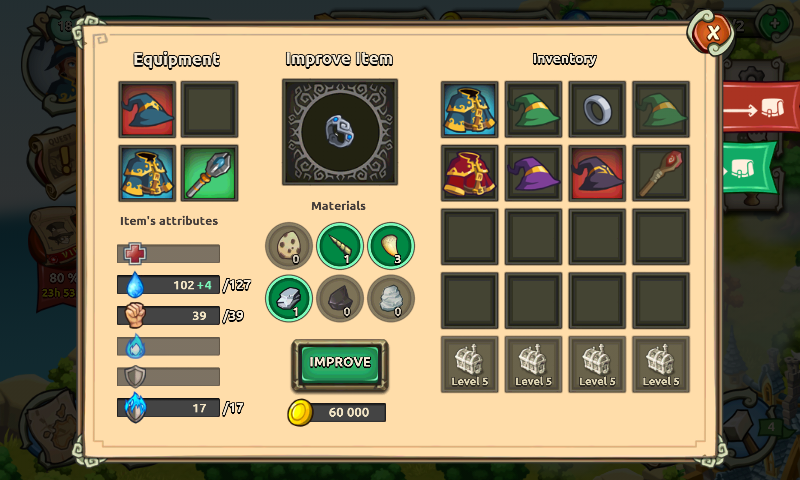 Does the Helaer Master always defeat you? How does the eletric shock work? What is the purpose of the smithy?

We would like to share with you some tips about Schools of Magic, that hopefully answer these questions 🙂

Feel free to share your own tips in the comments!
1. Level, Equipment, and Defense 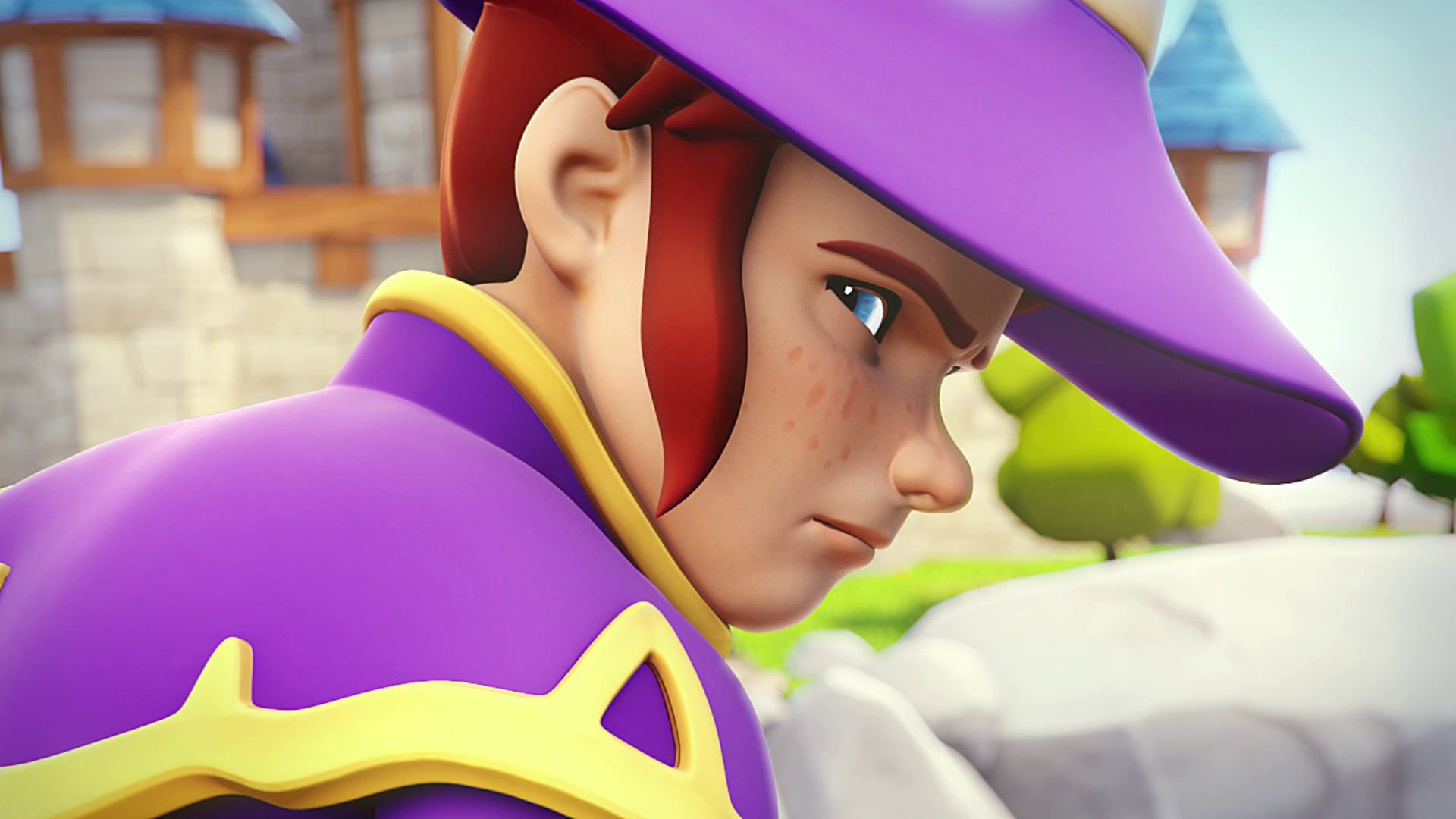 Schools of Magic is finally available on Google Play!
Schools of Magic arrives to Android after its success in the App Store. The game has been downloaded more than 350,000 times since its launch in March.
We are very excited about sharing the game with the Android players. All players, no matter if they 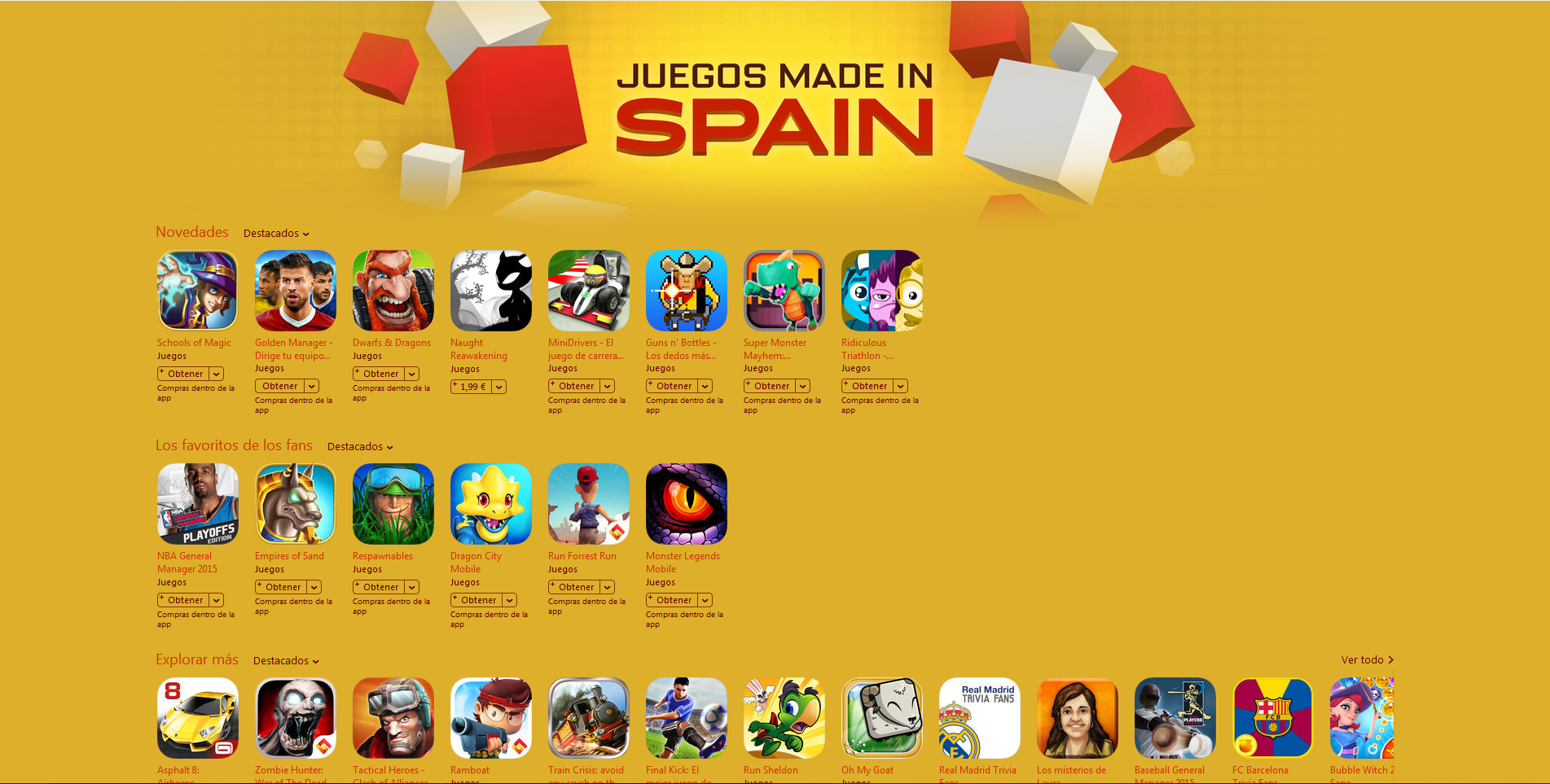 Our last two games, Schools of Magic and Empires of Sand, has been featured in iTunes inside the ‘Made In spain’ section of the store.

Schools of Magic is featured as one of the best new games alogn with games like Dwarfs & Dragons from Omnidrone or Ridiculous Triathlon, from CremaGame.

Empires of Sand is in

Schools of Magic was selected by Apple’s Editors as one of the Best New Games on the App Store. The game is featured in more than 130 countries, including USA, Canada, France, Germany, Italy, Spain, and Russia.

Since its launch on March 19th, the game has been downloaded more than 200,000 times.  That means, 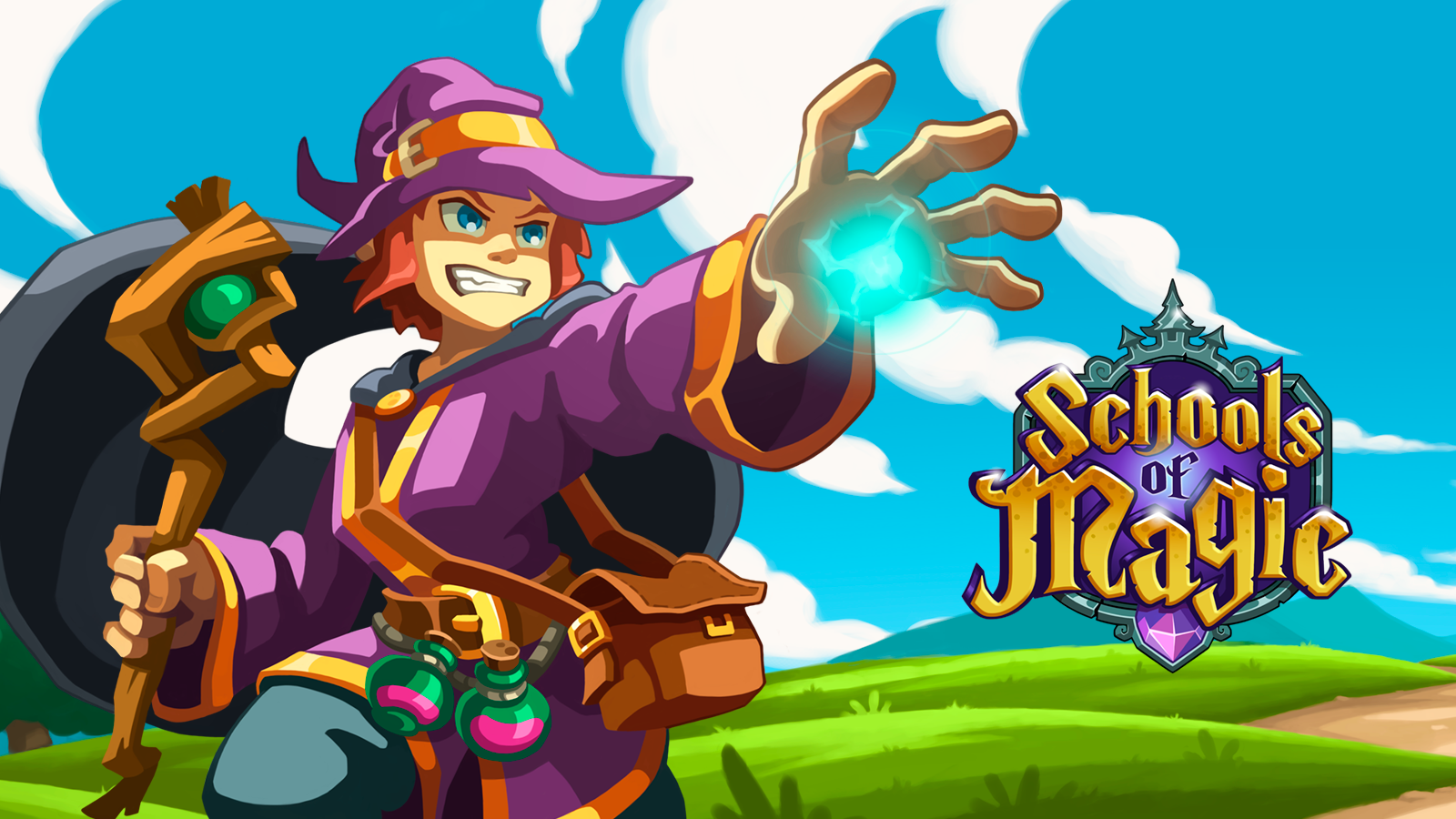 Schools of Magic is now availabe for free on the App Store. Since it is a game about wizards, it arrives precisely when he means to. And it comes ready to take you to a workd of fantasy, where wizards are never late.

The game gives the player the opportunity to become a mage, 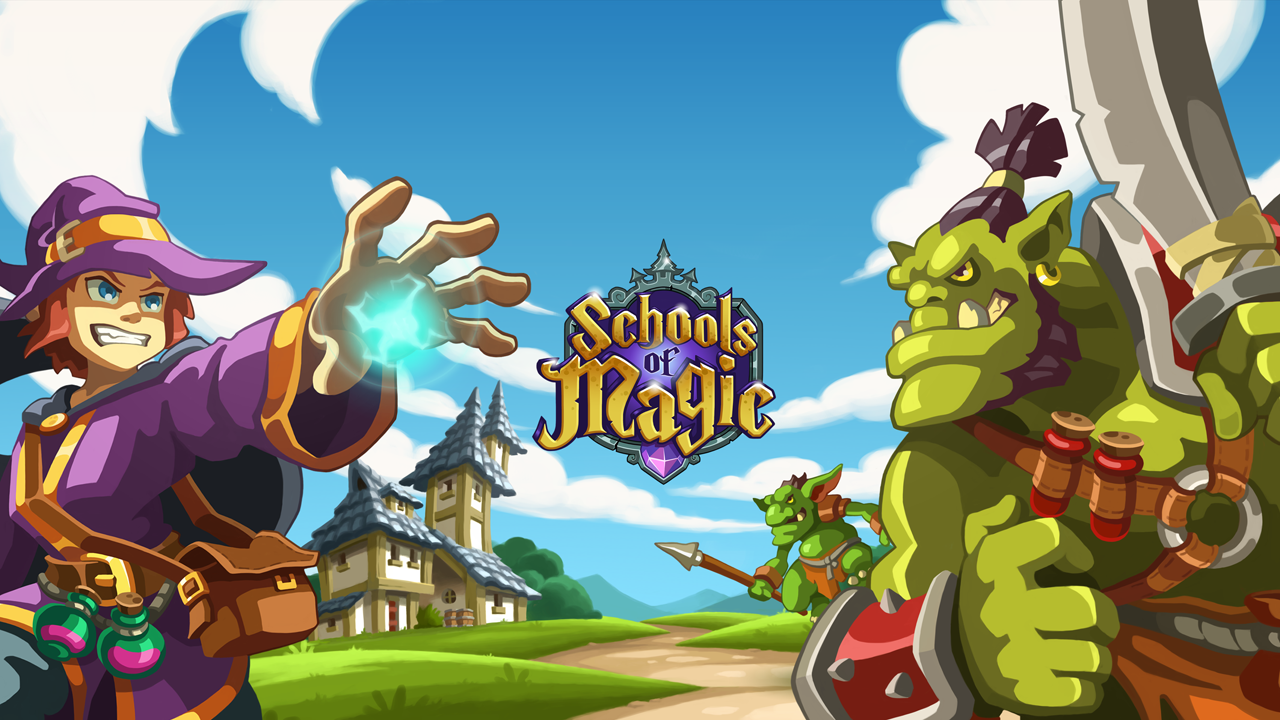 When we were working on the beta version of Empires of Sand, someone in the team asked: Why do they have portals? The answer was obvious: A wizard did it!

Since that very moment, we knew our next game will be about magic, wizards, and sorcerers, and here it is. Ladies and gentlemen, please

When you design a game, you want it to be played, but, most important, you desire players enjoy it. You are always worried about the gameplay, Will it be fun? Will players like it?

Empires of Sand is no exception. We wanted to create something completely new, and that ‘s why we merge two genres we love, management and strategy, and put them together. After that, we asked ourselves: Will it be fun?

When we designed the battles between pharaohs, we introduced important changes in the classic tower defense gameplay like the prayer towers. But defending your base is only half of the game, you have to attack your enemy in order to win the battle. So there it was: prayer towers, defend and attack, and real-time battles between players. And then, we though: Will players like it?

Both questions have today a clear answer: Empires of Sand have reached 1 million downloads and players have rated the game with 4.5 starts out of 5. That make us the most happy developers on Earth rigth now 😀

Reaching 1 million downloads is overwhelming, and we can only say one thing: THANKS. We really want to thank players because they have helped us achieve this milestone. Every report we have received, every opinion, and every review have helped us improve the game.

Since the launch, we have added more levels to the campaign mode, and new scenarios for PvP battles. In December, we did a major update to the game in order to include one of the most demanded feature: clans. But that’ s not all! We are 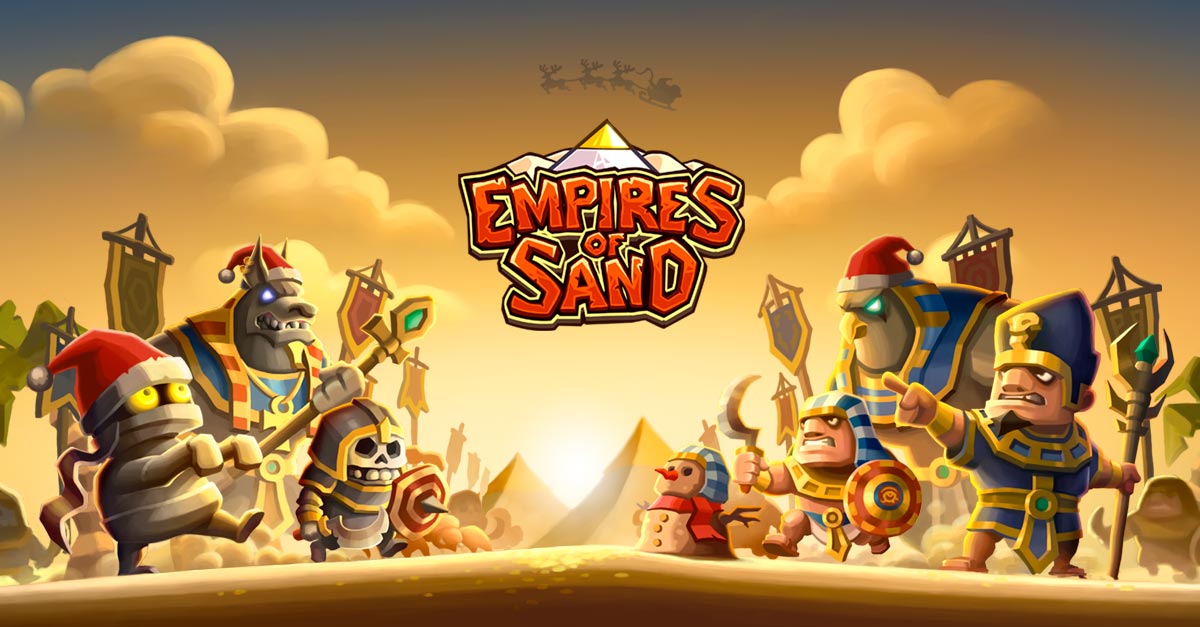 Empires of Sand receives today the Christmas update. This update is the bigger update the game has ever received. Let me explain you all the new free content we added to the game.
Clans Are Here!
It is fun to fight for the control of Egypt, but it is even better if you can 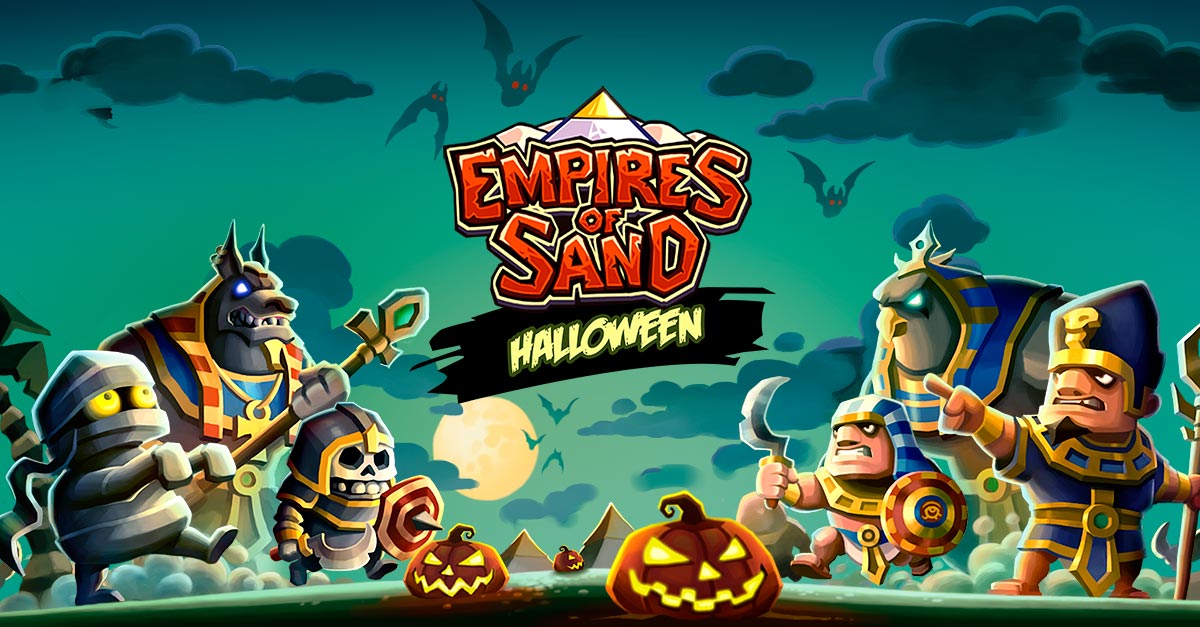 Halloween has arrived to Empires of Sand. The new update is dedicated to the most terrifiying night of the year and you will find new animations and enemy troops dressed up for this special ocasion.

This new update also comes with a new free game mode. Yes, a new one! Let us introduce you 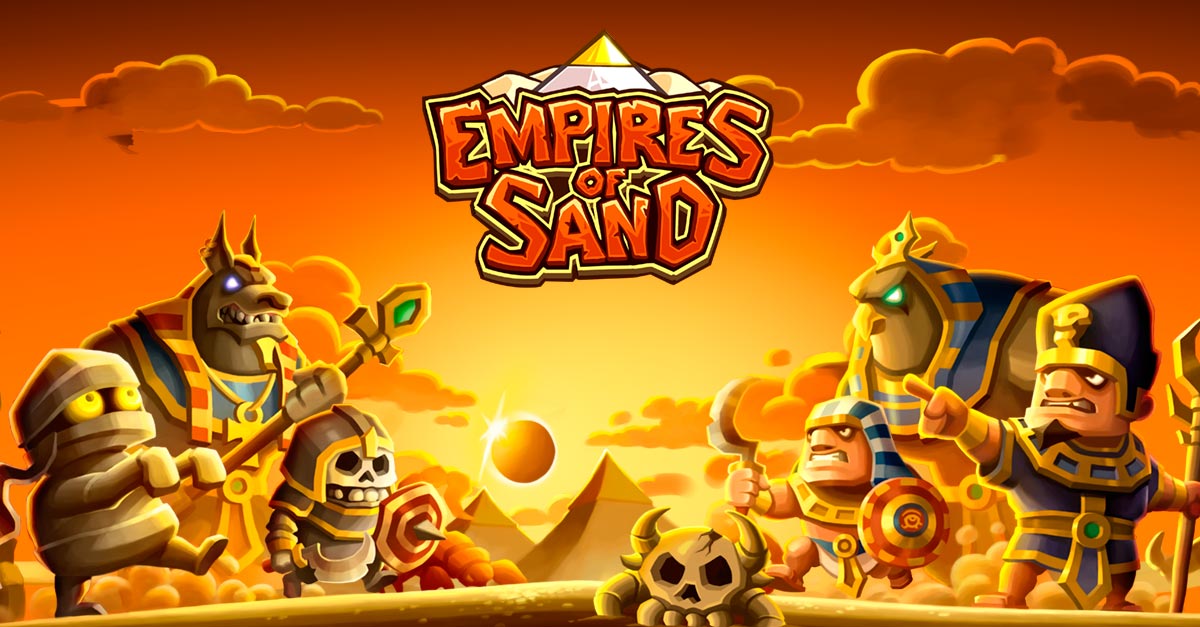 Empires of Sand receives today a new free update with two big changes. Pharaohs can now acces the Survival Mode. In this mode two pharaohs fight in real-time against the evil troops Seth is sending. Each pharaoh must protect his own base. from the enemy waves. The game finish when one of them is