Heroes of Rings: Meet the Heroes 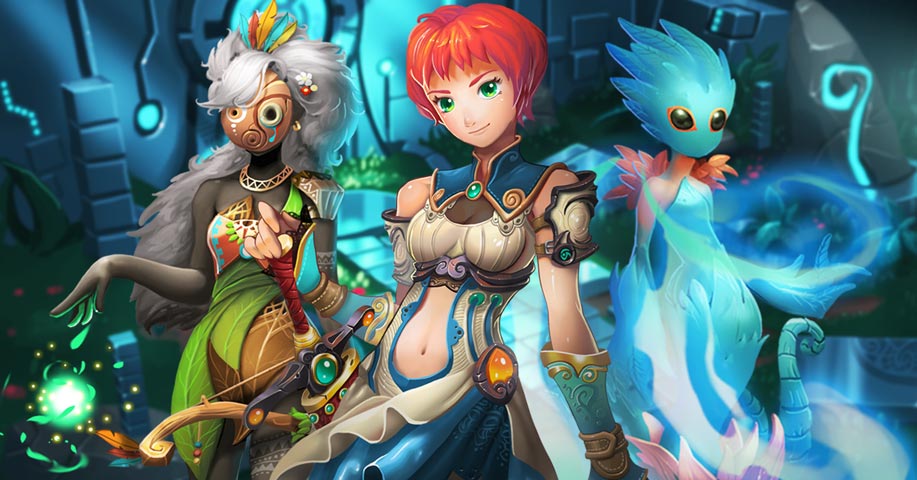 Heroes of Rings, as you may know, is a turn-based RPG driven by a compelling hero collection structure and unique battle system.

There are more than 45 heroes available, and we would like to introduce you some of these amazing heroes that you can play with. Each character is bounded to an element, which gives him special powers. Knowing the elements, and how they interact is key to improve both attack and defense. An element advantage provides an additional advantage in battle.

N4tu-R3, the little robot, attacks letting out a strong spark. It attacks with a chance of repairing itself after the attack. The little robot restores a large amount of its HP. This heroe heals all allies according to its current HP.

Stubbins, the inventor attacks an enemy with 1.5 times his ATK. He advances the allies’ turn by 50%, and he reduces the speed of all enemies during 3 turns. This heroe removes a negative effect from each ally, and increases their speed during 2 turns.

Bolethia, has this powerful attack «the Rusty bullet» with a chance of rebounding onto another random enemy after hitting the target. This little heroe increases the turn of all allies to 100% and gives them an attack bonus. Bolethia stuns an enemy during 2 turns with a chance of reducing their agility.