Our last game, Supper Idle Cats, has been featured by Apple on the App Store as one of the Best New Games, and we could not be happier.

The game has appeared in the section New Games We Love in dozens of countries around the world, including the Chinese App Store.

In some countries, like Spain, the game was highlighted in the main banner. 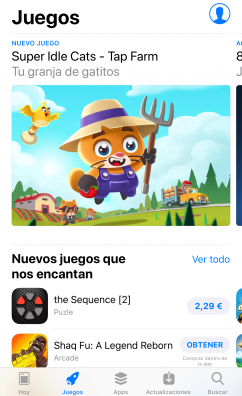 Players are loving the game, and they rated it with 4,5 stars on the App Store. The world is full of cat lovers!

We are one step closer to the «catmination» of the world!