Behind Zombie Faction: Meet the Survivors (3) 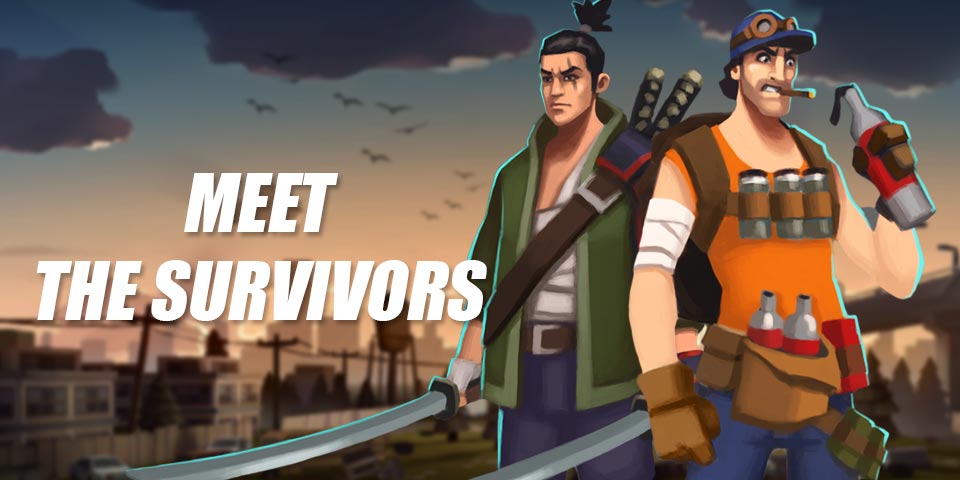 Some weeks ago, we introduced you a group of survivors in Zombie Faction. We walked about the nurse, the sheriff or the riot police among others. All this survivors has special skills and great stories

Today we want show you two special guys that arrived in the last verison of the game. They will help you to survive in the zombie apocalipse. 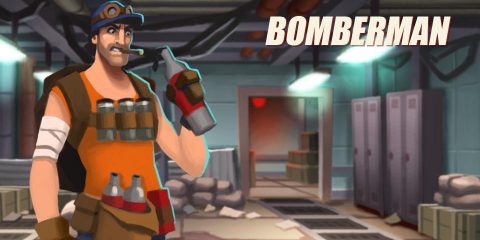 Murdock always had a natural talent for tinkering with gadgets and blowing things up. Now he practices on the living dead to improve his skills. The ranged area damage he inflicts makes him very useful against groups of ranged enemies.

His special skill is known as «it’s raining bombs!«. Throws a cluster bomb in the air that releases grenades, damaging all enemies inside a room. 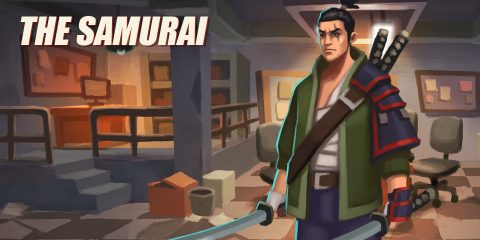 Ryu is a great fan of old samurai movies, he thinks of himself as a rōnin who lost his master to the zombies, and wanders through the desert inflicting vengeful justice to the non-dead. Inflicts heavy, short-range damage to multiple enemies. Especially useful against various melee enemies.

The power of samurai is the «Twin-dragon technique». He spins at a high speed while holding his katana, inflicting damage to all nearby enemies.