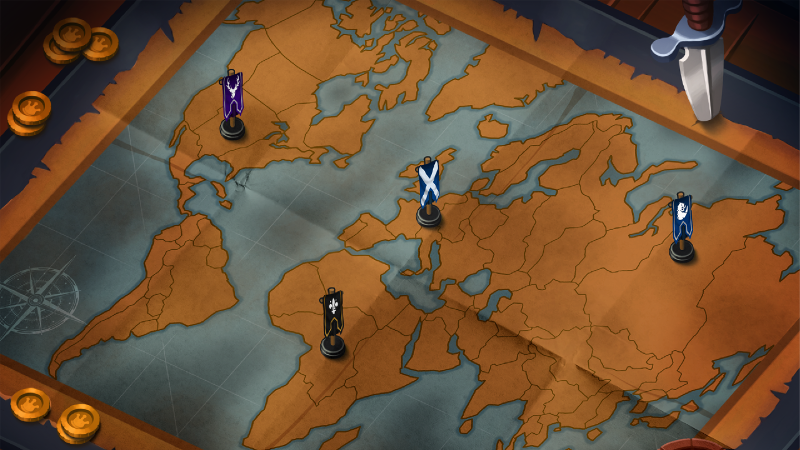 Lords & Castles in getting a big major update that will change the way players compete in the kingdom wars. Now, all kingdoms will fight to conquer the whole world.

All kingdoms will battle in the same world map, and it will be possible to fight against kingdoms all over the world in a permanent war.

The world war will last 6 weeks, and after that time, the members of the top 3 kingdoms will receive amazing rewards. The world map will be then reset, and a new world war season will start.

The world war is something a lot of players have been asking for in our forums, and we are sure players will enjoy the new kingdom battles.

If you want to try the new kingdom wars, you can download Lords & Castles for free from the App Store, and Google Play. The game is translated to English, Spanish, Germany, French, Italian, Russian, Portuguese, and Chinese.